In your quest to become a well-informed egg donor, you’ve no doubt 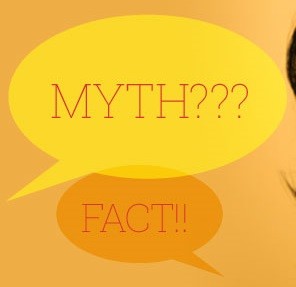 encountered one or more misconceptions around the process that may have you a bit concerned.

Fear not, we’re here to talk through some of the most common ones – so grab a cup of coffee, kick back and relax while we bust some major egg donation myths!

Donating my eggs will hurt my chances of having a baby

Each month after we hit puberty, batches of those potential eggs are called up – with (usually) just one making it all the way to maturity and ovulation.

The rest of the potential eggs in those batches are like the runners-up on Idols. Still fantastic, but not The One – so your body gets rid of them. What fertility meds do is help to “rescue” these eggs and give them a purpose – encouraging your body to mature those eggs that were headed for the drain.

Long story short? Egg donation doesn’t tap into any reserves that weren’t going to be wasted by your body, anyway.

Donors sell their eggs for a quick buck

Woah! There are a few things in here for us to unpack.

First things first, a donor doesn’t “sell” her eggs. The amount paid to all South African donors – which is currently R7000 – is compensation for her time and the effort of travelling to appointments, taking off work, and injecting herself with the various prescribed medications.

That also means that a donor will receive the same amount no matter how many eggs are collected on retrieval day – whether it’s five or 15.

More importantly, while a few donors may be initially attracted by the prospect of some extra cash, most of the time they’re also committed to helping would-be parents fulfil their dream of having a baby.

And that’s something money can’t buy!

Look, we’ll level with you – any medical procedure comes with some risk. But at Nurture, we work with only the very best clinics and doctors to make sure that you’re cared for every single step of the way.

The primary risk is something called Ovarian Hyper-Stimulation Syndrome, which is still super rare! It’s caused by your ovary producing too many eggs in response to your injections – which is just one of the reasons you’ll be going for regular scans. Our docs will be able to pick up anything dodgy on the scans and adjust your meds accordingly.

If you do get OHSS, it’ll usually be a day or two after your retrieval, and you’ll know about it! You may experience severe bloating, pain and nausea. Don’t be a hero – call us straight away! Usually you’ll just be put on bed rest while your ovaries calm down, but that’s the doctor’s call.

The great news is that in South Africa we use a medical trigger protocol involving the use of a drug called Lupron, which pretty much totally removes the risk of OHSS – hurrah!

And as with every medical procedure – from a dentist’s appointment to a knee op – there’s also a small risk of infection, but most clinics will give you a shot of an antibiotic to reduce that risk.

Donating my eggs will hurt

You’ll have figured by now that we believe that honesty is the best policy. So, while we would love to say that it absolutely won’t hurt, it’s different for every woman. Some may be up and about straight away with not a care in the world, while others experience more discomfort than others.

However, it shouldn’t be excruciating pain!

Firstly: Yes, there are injections. About one a day for two weeks. But the sisters at the clinic will show you how to inject yourself so that you don’t really feel it, and after the first few days you’ll have it totally in your stride! (Spoiler alert: Bruises are normal while you’re learning this new skill. Wear them with pride!)

The hormone medication can make you a bit uncomfortable – you could have sore boobs, some bloating, some cramping, some headaches, or… Nothing at all!

During the procedure, you’ll be put under a mild anaesthetic and won’t feel a thing. When you wake up, you might be a bit “crampy” and sore, but much like with period pain, a hot water bottle and some pain killers will have you sorted. You have our full permission to spend the day on the couch bingeing on Netflix and napping.

But remember, feel free to ask your doctors, nurses and Nurture BFFs any and all questions at any stage of the process! Our goal is to make you feel informed, empowered and – dare we say it –  loved!